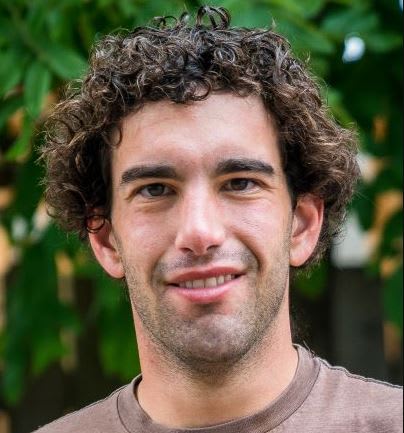 Michael Graw
Jan. 31, 20233 min read
Mortgage rates have skyrocketed in 2022. At the start of the year, the interest rate for the average 30-year fixed-rate mortgage in the US was just 3.11% APR. Nearing the end of the year, the average 30-year mortgage carries an interest rate of 6.61%. With some analysts predicting an economic recession, there’s a lot of uncertainty about what might happen to mortgage rates in 2023 and beyond.

What Causes Mortgage Rates to Change?

Before we dive into mortgage rate forecasts for 2023, it’s important to understand what drives mortgage rates up or down in the first place.

The biggest driver of mortgage interest rates is the federal funds rate. This is the benchmark interest rate banks pay to borrow money from one another, and it’s set by the US Federal Reserve.

When the federal funds rate goes up, it gets more expensive for banks to borrow money. They then pass that extra cost onto homebuyers by charging higher mortgage interest rates.

The average 30-year fixed-rate mortgage carries an interest rate of 6.61% as of December 2022. What happens to rates in 2023 largely depends on the performance of the US economy.

The Federal Reserve pushed the federal funds rate up this year to tame inflation, which hit 7.7% in October 2022. The Federal Reserve has indicated that the biggest rate increases may be behind us. However, it’s far from certain that rates won’t be raised again, especially if inflation remains stubbornly high.

On the other hand, there are signs that the economy is cooling rapidly. Companies across the tech industry recently announced layoffs. At the same time, many economists have predicted that the US will enter a recession in late 2022 or early 2023.

A recession isn’t good for the economy, but it could push interest rates down. Just as the Federal Reserve hiked the federal funds rate to fight inflation, it could lower the benchmark rate to spur the economy and lessen the impact of a recession. A recession is also likely to drive down demand for home purchases, so lenders may be forced to offer more competitive interest rates on mortgages.

With so much uncertainty about the health of the US economy heading into 2023, it’s difficult to make confident predictions about what will happen to mortgage rates in 2024 and beyond. Few analysts have been willing to give specific estimates for mortgage rates beyond the next year.

However, analysts can agree on one thing, if and when interest rates come down, home prices are likely to start climbing again. No matter what happens over the next year, the US is still likely to face a housing shortage. Lower interest rates will drive demand among homebuyers, and since there aren’t enough houses, sellers can ask more for their homes.

For prospective homebuyers, any cost savings from reduced mortgage rates could be offset by a rise in house prices.

How Mortgage Rates Impact the Cost of a Home Purchase

Part of the reason there’s so much analysis of where mortgage rates will be a year from now is that a small change in interest rate can have a huge impact on the total cost of buying a home. To understand this, let’s look at an example.

If you bought that home last January when the average 30-year mortgage rate was 3.11%, your monthly payment would be $1,710 and you would repay a total of $616,000 over the life of your mortgage.

If interest rates fall to 5.4% by the end of next year, as the Mortgage Bankers Association predicts, your monthly payment would be $2,246 and you would repay a total of $809,000 over the life of your mortgage.

Keep in mind that this comparison assumes the house price stays the same as interest rates fluctuate. As we’ve seen over the past year, interest rates can have a big impact on the price of homes.

What are Adjustable Rate Mortgages?

As a result of the current high rates, some homebuyers are considering adjustable-rate mortgages as an alternative to traditional fixed-rate mortgages. Adjustable rate mortgages don’t have a fixed interest rate for the life of the loan. Instead, the mortgage rate can go up or down as interest rates across the market change.

Typically, adjustable-rate mortgages have a fixed rate for the first five, seven, or 10 years. After that, the rate adjusts every year. The rate you’ll pay is usually whatever the federal funds rate happens to be when your annual adjustment happens, plus a preset number of percentage points extra.

Adjustable rate mortgages can be a good option if you think rates will go down in the future. However, if rates go up, you could end up paying more for your mortgage compared to a fixed-rate mortgage. Importantly, this could also change your monthly payment.

It’s difficult to predict interest rates five or 10 years into the future. So, think carefully about whether an adjustable-rate mortgage would work for you if interest rates remain high or even go up.

Is Now a Good Time to Refinance Your Mortgage?

Many analysts expect that the US is headed for a recession in the next several months and that the Federal Reserve will respond by lowering the federal funds rate. That would cause interest rates to drop, possibly by as much as 1.2% from today’s (December 2022) rates.

With this in mind, now is not the best time to refinance your mortgage if you’re not in a hurry. Refinancing at a lower interest rate can reduce your monthly payments and lower the overall amount you pay in interest on your mortgage.

Of course, there are reasons why you might not want to wait to refinance your mortgage. For example, if you can’t make your monthly payments, refinancing to a longer loan term could help. In addition, it’s important to remember that these forecasts are just predictions. There’s a lot of uncertainty about where mortgage rates will be a year from now, and they could go up.

Mortgage rates have nearly doubled in 2022, but analysts predict relief may be on the way for prospective homebuyers. The Mortgage Bankers Association forecasts that the average rate for a 30-year fixed-rate mortgage could fall to 5.4% by the end of 2022, down from 6.61%.

However, there’s still a lot of uncertainty about where mortgage rates could go in 2023. Current homeowners and prospective homebuyers should be ready for anything.

Michael Graw is a Bellingham, Washington-based writer focusing on finance, tech, and science. His work has been featured in print magazines and high-impact websites. He writes for BestMoney and enjoys helping readers make sense of the options on the market.‎