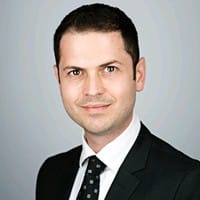 Michael Pearl
Jan. 12, 20212 min read
We gathered four personal finance professionals to discuss the state of the economy, how it affects American households and what you can do to keep your head above water during this high tide.

After two consecutive quarters of negative economic growth, we’re officially in a recession. The unemployment rate has recently soared to its highest levels since World War II, and according to some estimates, nearly half of the population is out of work or furloughed.

To help us to make sense of this complex situation, we gathered four leading personal finance professionals:

We asked them to brainstorm about the consequences of this unprecedented crisis and ways to survive and even grow financially. 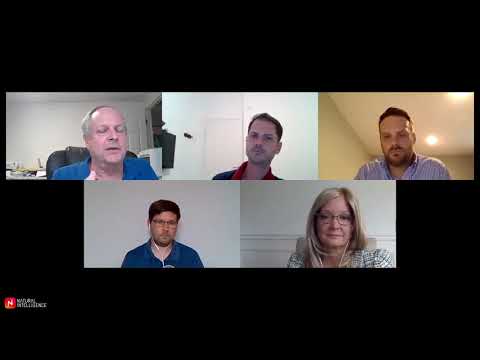 Embrace new technologies and think of a side-job

Former US President Ronald Reagan once said that “Recession is when your neighbor loses his job. Depression is when you lose yours.” As much as we trust this scientific method, we asked our cadre of finance professionals to define the situation we’re in right now.

Herigstad thinks that we are indeed in a recession. “I think that there is a lot of fear for the future. I think we may not be in that bad a shape right now, but we watch the government spend money like a drunken sailor, and that will cause inflation. It has to, you can’t just print money and live on it - and not have inflation.”

“I think we’re in a recession,” says Wohlner, “Are we in a depression? No, I personally don’t think we’ll get there, because of the advent of the digital economy, both in the United States and around the world.”

Muller agrees with Wohlner’s theory, "While I agree that we are in a recession, I think it is creating some opportunities for people to explore outside of their immediate footprint, take on side hustles and things like that. I think technology has made that far more possible than in the past.”

Cothern thinks it’s not about how you define the crisis, but rather how you handle it, “People need to focus on how they can survive, whatever is to come.”

Avoid errors that could hurt your credit score

Financial crises are fertile ground for erroneous and desperate financial decisions. Such decisions may lead to a debt spiral - ever-increasing levels of debt which could substantially harm an individual’s credit score. We asked the panel members what one can do to avoid those situations.

“The first thing is to sit down and take a look at your budget. We all have expenditures that are critical, such as our rent, mortgage, food, things like that. But look where you’re spending money, and cut out things you can cut out to save money,” says Wohlner.

He then suggests looking into unemployment benefits, including the additional $600 benefit, whose fate is now being debated in congress.

Finally, he advises to look at your skills and think whether you can harness them to make more money through a side-gig. “Driving [for] Uber probably isn’t really lucrative right now, but if you’re in a situation where you have computer skills or you’re into e-commerce, there may be something you can do.”

“I think the most important thing that people can do is to educate themselves on how credit scores work,” says Cothern, and explains that there are five main factors that impact your credit score.

Here they are in the order of importance:

On the practical level, he suggests minimizing payments on all your debt. “According to FICO’s credit score models, payment history is about 35% of your score. So just make minimum payments across the board, and don’t worry about paying things off beyond that right now.”

The crisis can be an opportunity for you

A Gallup poll from June 2020 suggested that Americans are relatively positive about their personal finances. We asked our finance professionals whether the data they see justifies this sunny perspective.

“We’re apparently not quite sinking under the water yet. We’re very optimistic, very resilient,” says Herigstad.

However, she notes, we can’t simply ignore those who are losing everything now. “Say, the person dependent on tips, and one day, it was just gone. Or the person who has a small business. Restaurants in my little town are closing their doors permanently, and their dreams are shattered. So, that cannot be downplayed.”

According to Herigstad, she sees a lot of advantages in this new normal. “All of a sudden, the roads are great, and people are working from a distance. We’ve been saying for decades, why can’t we work from home? And all of a sudden, we are.”

“Friends of mine just moved to the country, a couple of hours away, and he still has his job in Seattle. That was not possible four months ago. So, that’s a breakthrough, a huge breakthrough. I don’t think we’ll ever go back. We can spread out across the country, and live where we want, and still have good, meaningful work. That’s more than a silver lining, I think,” she adds.

Muller also sees the benefit in the widespread work from home (WFH) practice. “We’re in the situation where you can be location-agnostic when you’re working. A lot of companies are now able to recruit from across the country whereas they may not have been able to before. Many organizations historically weren’t [able to], and now they are.”

He writes for BestMoney and enjoys helping readers make sense of the options on the market.‎